skip to main | skip to sidebar

AS usual, I havent been in here in awhile. But, I wanted to mention about a new place I found called Facebook!. You all really should give it a try!. I've found so many old friends I havent seen in years! Some go back as far as forty years!..Thats kinda what Ive been doing the last few weeks anyways.
We now have 7 dogs!..The smallest one growls at me when I tell him to go out, or make him get off a chair or the couch..Sometimes I wanna shoot him!...But....I get over it, and he rolls onto his back and lets me know whos in charge...ME!..He's the only one in the house who gives me respect!...He's also the only one who I can give a lickin' to(if I can catch him, which is never.)

Oh yeh...Janelle and I have scooters now! I always said that I'd get a bike if I ever quit drinikin!...So, I did! we both have Zuma 125's!..they'll get up to about 55 with my 250 lb fat ass on it! of course, Janelle can go faster!. Ive only fallen over a few times...Scratched my knee once!
I even have a helmet!..And GOGGLES!!!
Oh yeh...I got 2 gold teeth in the last few months!..Really cool!...Not the very front ones, but the next ones over from the fronts!!. I now have 8 gold teeth! These are gonna be Janelles inheritance when I die!
Well,...Thats all I know about at the moment...I'll write more some other time!
your friend,
john
Posted by John at 6:45 PM

Well, its been about a year now since i posted anything in here. Either my life has gotten really boring,....or I just havent been doing anything much for nine months!
I had a belly button hernia fixed last week..been waiting years to get around to getting it done!
I quit fishing last spring as soon as my freezers got full...took about 4 weeks to fill them.
Last summer the heat started bothering me...Never really has in all my life but it does now.
Dont drink or smoke anymore...Its not that I dont really want to, its just that God has allowed me to "Run Amuck" for way to many years and now I know why I wasnt supposed to do the things I used to do!
The honeybees still hold my interest immensely! I cant believe its the beginning of my third year with the bees now, come this spring! I still hang out in Beemaster.com forums...Beemaster is pretty much my home on the internet.But, now that I thinkmof it, it has been my internet home since the day i discovered it!
Well,...Im here, and what more could a person ask for.
Oh yeah,...I'd like to take this opportunity to give God thanks for a dear friend of mine who passed away just a few weeks ago. I always considered him the "King of Fishing". I never knew another person who could fish for whatever he wanted and was the best out of all the people I know who fish.
Sooo,...Thanks,to my friend, Terry Goin,...He took alot of fishing secrets with him when he left, but he also shared more secrets with me than anybody Ive ever met. In all do respect, The lake fish will be in a safer place now that Terry left them for greener pastures
Terrys son, Danny gave me a warning when I saw him at the funeral...he said," "John, dont eat anymore fish from lake Buffalo....We're gonna dump some of his ashes in there!"...Well, you know how is is with fish sometimes...Every now and then you come across a bone..I just hope Terry dont mind if I take a piece of him out of the lake every now and then!
I guess thats all for now!
your friend,
john 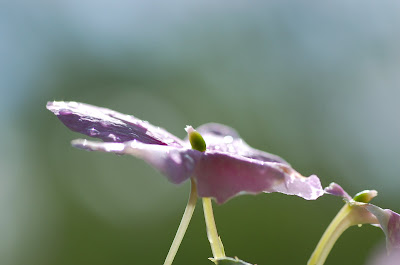 Doesnt this look like a dancing girl spinning till her dress pops up? 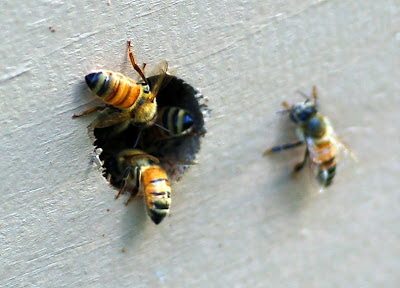 I'm into my second year of beekeeping now. Still, I havent had second thoughts about doing the bees! This is one of the best decisions of starting another hobby I have ever had.
There are a few things I've learned,(well, a few of MANY things I've learned) during my first year of keeping bees. I now know that not everybody finds bees interesting enough to want to keep them. Sure, people say they find bees very interesting, but not enough to start a hive of their own. I mentioned before to others that I feel beekeeping is only meant for certain types of people, and we're a select few. I dont have a list of what the requirements are to keep bees, but I bet the bees themselves know. I just know that I find myself a better person for being a beekeeper. Honeybees have opened windows for me to look out into a "Secret World"..When I see a bee, I see something that is important to life on earth, not just a bug that can sting me or a bug that makes honey...I see a perfect member to a perfect society which I feels humans should be emulating.
I've also learned that keeping bees brings me a sort of peace that nothing else on this earth can do...Tropical fish come close, but they pretty much dont have a choice to leave if they dont like how things are happening in their environment. When I sit there, in front of a hive just watching and listening, I feel that I'm on the edged of having the answers to creation but since I'm human I cant really grasp the truth that the bees already know and understand.
I also have learned that I really cant control bees and what they do, I can only read books, visit forums, and try the advice out from these places,
One more thing,....I feel that if a person is humble they will have a greater chance of understanding how and why bees do what they do. I'm not saying that I'm humble like what I'm talking about but I wish I was...Maybe thats why monks made alot of discoveries about bees....Because they were/are in training to be humble.
When I was leaving Pauls house, Paul came running out to stop me and told me to come look!..His bees were "Bearding" on the front of his hive(He got his first hive this spring). When I got to my house I checked on my hives and they were doing the same. I guess it was because it was over a hundred degrees today. I tried to take pictures but it was dark and i couldnt focus....I didnt get a pic to post this time...Not that i didnt try, but when I went to post a picture here I couldnt remember how and where to look for my pictures!
Now dont that just figure!!!
Well, Thats about it for awhile.
your friend,
john
Posted by John at 7:38 PM 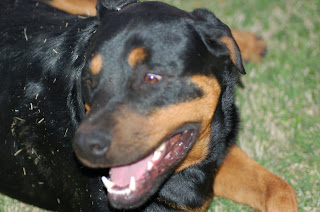 Well, I kinda knew it was coming. Poor lil' Didi (my ferret ) was put down recently. She had an adrenal problem where almost all her hair fell out and she peed all over the place as she had very little bladder control. I put her down. It was a bummer....Not really the same as a dog, whereas I always take them to a vet to do it, and not as easy as a chicken(even killing a chicken can make me ball though). Didi was almost nine years old. The last few years were very unfair to here as nobody in the house ever wanted to let her out(including me).
I think pets go to heaven too. I mean, they ARE perfect, and if they appear to us that they are mean or wierd, its usually the fault of man altering their personality...Animals just do what they do. I dont want to go into explaining this next thing, but since having bees, I've come to the realization that animals ARE animals, not people. I've learned that you shouldnt believe that they understand everything as humans do, because they dont..Dont ask me WHY it took bees to show me this because I just dont know...Also, dont get me wrong..I DO love my animals! All of them!...But for some reason though I love the dogs the most!
I believe its true that a dog is "Mans Best Friend"! A person just has to open their eyes to see the truth in this!
I think Jesus probably had a dog at one time or other in his life.

Well, I havent been writing much here recently as The fishing has been really good!!!
I'm writing now because my boat broke and its gonna be in the shop for at least a week(That probably means several weeks!) Theres pretty much only 1 boat mechanic here in this town that is good, but, unfortunately, he works for the only boat dealer also, which means that new boat problems will always come first!( I learned this by bribing him with a case of beer last time he worked on my boat( I guess his standards are higher than mine!)
It really takes commitment to write in a blog on a regular basis. My hat goes of to you guys and gals who can keep up with a blog every day or at least once a week
Wel,...thats about all for now...My hearts still pumps....the truck still starts....And the bees are doing there thing!...Oh, yeh...I fixin' to enter a nation wide honey contest!! You can find out more on this if you google "The Great American Honey Hunt"
your friend,
john
Posted by John at 3:42 PM

John
I fish, I keep honeybees, I make fishing lures. I'm married to a wonderful woman from upstate NY.We met on the internet almost 10 years ago. I have a son, born in 1993. We all live in the country outside of Wichita Falls, Tx. I have 5 dogs, 1 ferret 3 honeybee hives, 4 aquariums and about 65 pure white non-racing racing pigeons! I have no hair on my head as I'm a little more genetically evolved than some people. I also make fishing lures on the side used for Stripers and White Bass. I hold the lake record for Striped Bass caught from Lake Arrowhead. I work at Sheppard AFB. God is the most important thing in my life, which I have a daily battle trying to do what He wants me to do.I try to walk with Jesus but it seems I always step off the trail for some reason or another. He sure has to grab me and straighten me out alot! Since I was born in 1957 I'm starting to be concerned about my health, I was diagnosed with A-Fib 3 years ago..I look healthy(And BIG) but I know whats going on...not enough exercise and too much eating.